A reality TV show for writers by writers

Got an idea for a book?

I’ll be hosting this groundbreaking show. But first, we'll be filming the pilot this fall. Select writers will pitch their book ideas to our panel of renowned judges, a roaring bookish audience, and rolling cameras. Apply to take part in the filming of the pilot.

One winner will receive:

Sign up for info on our next casting call

America’s Next Great Author is the groundbreaking reality television series geared toward anyone who loves drama on or off the page. First, nationwide tryouts in iconic American cities show off amateur writers as they get one minute to pitch their book ideas to a panel of publishing experts. Six charismatic finalists from vastly different places and backgrounds enter the Writer’s Retreat together for a month of live-wire challenges and spectacular storytelling. These talented amateurs have to start their books from scratch on day one of the Retreat and finish the first draft of a novel by the end of the thirty days. None of the writers will be eliminated! The climactic finale will reveal who made it to the finish line when their published books are presented to the viewing audience. And, yes, their books will be professionally edited. But before we make the show, we have to film the pilot…

We will be filming the pilot episode this fall in Newark, NJ. Anyone can submit as long as they meet the eligibility requirements. On October 1, we will name 100 semifinalists who will be invited to the filming of the pilot. On October 30, at the filming, one-by-one 20 finalists will be called up to present their pitches in front of the audience and the judges. The judges critique everything from idea to style to potential in the literary marketplace and provide advice that writers can apply to their work whether they are called up to pitch or not. Then they will name one winner, who will receive $2500 and a prominent role in the pilot. The winner will join us for a second day of filming. To learn more, review the eligibility requirements, online audition terms and conditions, and participant agreement.

Sign up for info on casting calls, show updates, and how YOU can become America’s Next Great Author. 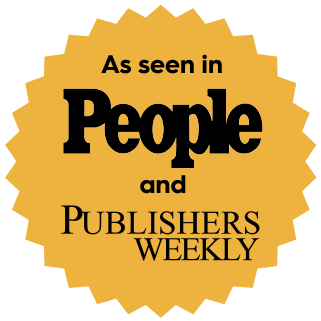 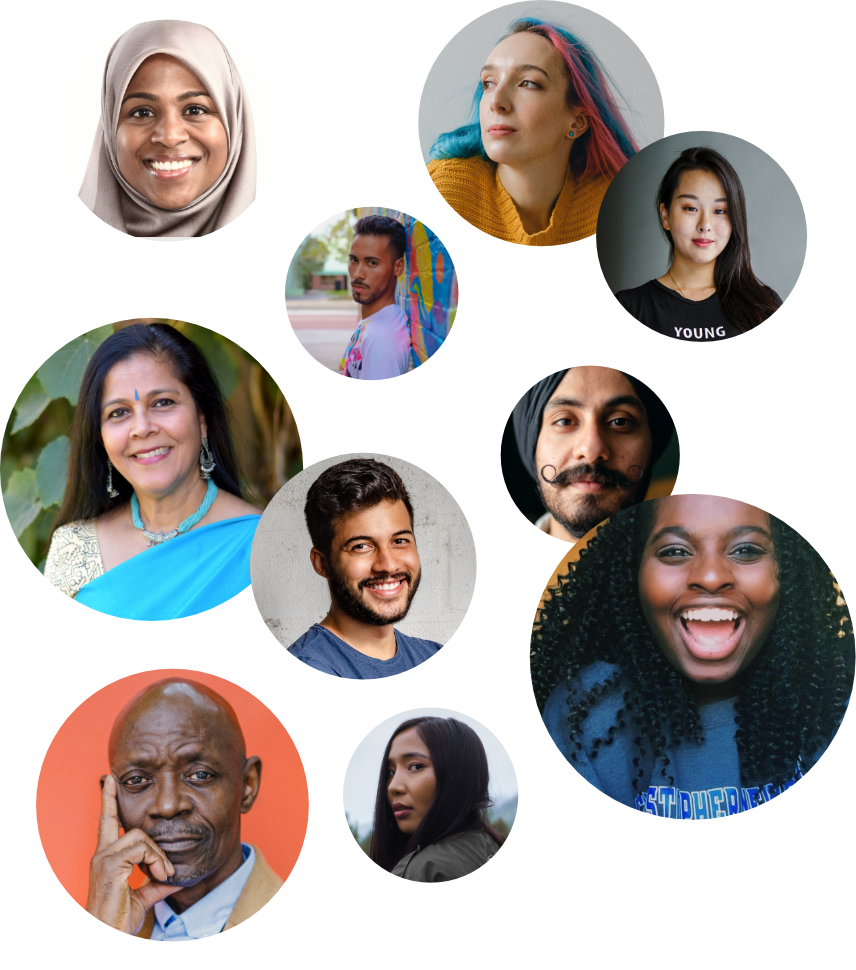 AMERICA’S NEXT GREAT AUTHOR is dedicated to including writers who aren’t normally given a seat at the table in mainstream publishing. The series will feature writers from communities and cultures all across America who bring their unique voices to readers and the world of literature. 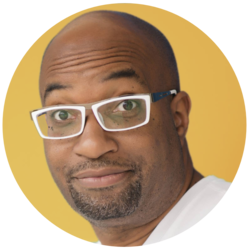 Kwame Alexander is a poet, educator, publisher, and New York Times bestselling author of 36 books. He’s received the Newbery Medal, The Coretta Scott King Author Honor, three NAACP Image Award nominations, and been longlisted for the National Book Award. He founded the publishing imprint VERSIFY at Houghton Mifflin Harcourt, and opened the Barbara E. Alexander Memorial Library and Health Clinic in Ghana, as a part of LEAP for Ghana, an international literacy program he co-founded. He is a regular contributor to NPR’s Morning Edition. 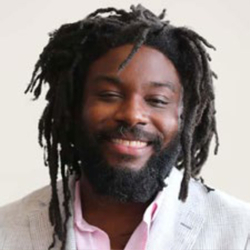 Jason is a #1 New York Times bestselling author of more than a dozen books for young people, including Look Both Ways: A Tale Told in Ten Blocks; All American Boys; Long Way Down; Stamped: Racism, Antiracism, and You; and Stuntboy, in the Meantime. The recipient of a Newbery Honor, a Printz Honor, an NAACP Image Award, and multiple Coretta Scott King honors, Reynolds is also the current National Ambassador for Young People’s Literature.

Whether it was reporting from the Royal Wedding or sitting down with the First Lady, Angie knows there's always a human story behind the headline. She got her start at Entertainment Tonight, then pursued a news career, working as an anchor at NBC Washington, contributing to the TODAY show and filling in as a host for Early TODAY and MSNBC. She's the creator and host of "The Oh My Goff Show.” Catch her daily on FOX5 in Washington, D.C. 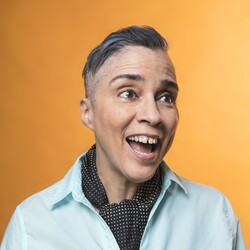 Marga is the writer/performer of fourteen solo plays which have been presented nationally, and internationally. She is an awardee of a 2022 USA Fellowship, a 2021 Center For Cultural Innovation grant and a GLAAD Media Award. Her acting credits include theatre roles: American Conservatory Theater’s “Fefu And Her Friends,” Campo Santos production of “Translating Selena” by Richard Montoya; television: “Sense8”; and film: “Sphere.” NBC named her one of eleven “Out Latinos you should know.” 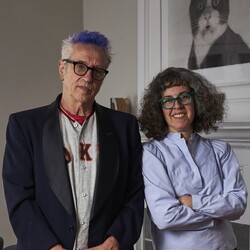 David and Arielle are the co-founders of The Book Doctors and combined they have spent over fifty years in publishing. They are the authors of the definitive Essential Guide to Getting Your Book Published and created Pitchapalooza, which has turned dozens of amateur writers into professional authors. Arielle was an agent for thirty years at the Levine Greenberg Rostan Literary Agency and is the author of ten books. David is the bestselling author of sixteen books. Arielle and David have been featured in, among others, The New York Times, The Washington Post, The Wall Street Journal, National Public Radio.

Arielle and David are the co-founders of Can Do Entertainment, a production company that champions independent writers and artists during a time of mass conglomeration in the media business. They are writers, producers, and entrepreneurs who have been breaking ground with their stories and ideas for decades. Arielle is an Executive Producer on two new TV shows currently in development with Silvergate/Sony and The Jim Henson Company. David serves as an Executive Producer for Master of Ceremonies, a TV series based on his memoir by the same title, and several of his other books have been optioned for TV and film. Prior to his life in books, David was a professional actor for twenty years and appeared in dozens of movies, TV shows, and over 1,000 commercials.

Kwame is the founder of Big Sea Entertainment, a company dedicated to creating innovative, highly original, top-quality children’s and family entertainment. He is the co-showrunner and Executive Producer of The Crossover TV series forthcoming on Disney+ based on his Newbery-winning novel in verse. He also has deals in development with Sony, WGBH public television, and Jim Henson Productions, among others. His musical, Acoustic Rooster’s Barnyard Boogie: Starring Indigo Bloom debuted at the Kennedy Center in 2021.

Grant is the Executive Director of National Novel Writing Month (NaNoWriMo), the world’s largest writing event, and co-founder of 100 Word Story. He’s published Pep Talks for Writers: 52 Insights and Actions to Boost Your Creative Mojo; Brave the Page; All the Comfort Sin Can Provide; and Fissures, a collection of 100-word stories. His fiction has appeared in dozens of literary magazines, and his essays on creativity have been featured in The New York Times, Poets & Writers, Writer’s Digest, and more.

As a documentary and non-fiction television producer, Sydnye has spearheaded, created and overseen thousands of hours of programming distributed on such networks as PBS, Discovery, TLC, Animal Planet, National Geographic, BET, and TV One. Her work as co-producer on TLC’s Great Books: The Autobiography of Malcolm X garnered her a national Emmy nomination. Sydnye is passionate about using ideas, words, sounds and images to create stories that open minds and touch hearts. 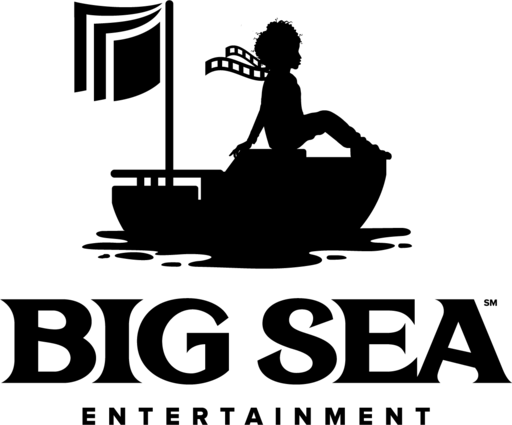 Thank you to our sponsors

IngramSpark allows you to print, globally distribute and manage your print and ebooks.

You Have A Story. Share it With the World.